coding.Studio( ); was established on 27th October, 2018. It’s the programming club of VBIT, whose motto is to impart coding culture in the college. Our work includes building and maintaining open-source GitHub projects, conducting workshops on different programming technologies and help out people who are dealing with bugs in their code.

On February 11th and 12th 2019, coding.Studio( ); conducted their first ever event, ‘codeCraft’, which introduced participants to the world of Competitive Programming. The event had a nail-biting finish and was a huge success, praised by faculty and students alike.

coding.Studio( ); further continued their streak of success by participating in Aakar 2019, where four projects were submitted – VBITQ, VBIT Market Place, studyMap and Saadhya. Saadhya won the award for best project by a third year student.

coding.Studio( ); continued their awe-inspiring journey by conducting a 14- week programme called ‘coding.Studio( ); Sem of Code – CSSOC’ from 1st August, 2019 to November 16th, 2019 for students of all years where the participants were taught Fundamentals of Web Development and Data Structures and Algorithms. A total of 30 students were selected, each of whom made projects related to the content that they learnt and gained practical knowledge. CSSOC was recognized as a ‘one-of its-kind’ event and was commended by both students and faculty.

On 18th January, 2020, coding.Studio( ); conducted I/O 2020, which officially marked the beginning of a new tenure, and new team members were elected into the club after being filtered through a challenging test and interview. 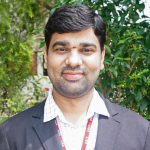